The Challenges of Artificial Intelligence 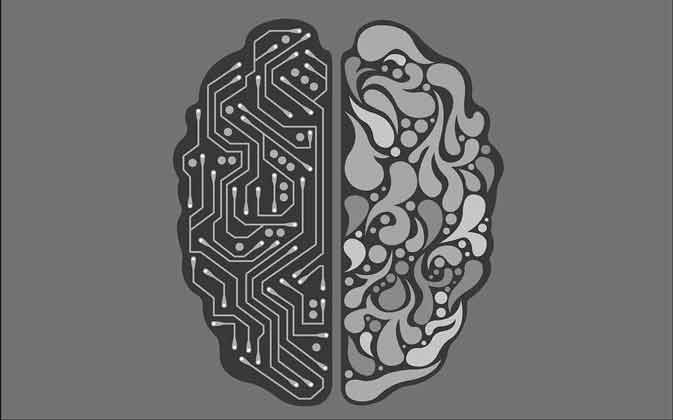 Is it astonishing how Artificial Intelligence has impacted our world - our daily lives even. It has become so incorporated in many aspects that it is no longer an alienated term. It is a technology that changes the world. Although it offers numerous benefits, it still comes with many obstacles

How these Artificial Intelligence systems are architectured makes their capabilities limited. They are not able to reason beyond measure. This means that humans, unlike AI, use logical explanations for different events and occurrences.

Another problem these systems might be facing is their inability to solve computationally instead of using the human mind. From this, two models emerge:


The structural model's goal is to mimic basic intelligence operations the human mind can do. On the other hand, the functionalist model responds to the data of its computed counterpart.

We know that the primary goal of artificial intelligence is to make and generate new technology. This technology will allow machines and computers to operate more intelligently. This is where the real problem emerges.

A large percentage of Artificial Intelligence systems are based on enormous amounts and volumes of data. Later, when these systems are used for machine learning, personal and sensitive data comes into play. This makes these systems vulnerable to many cyber-security issues. Identity theft, as well as a data breach, are the most common problems to occur.

When the first AI systems were created, researchers and scientists used algorithms that involved step-by-step processes. These were used to mimic the reasoning humans implement when deducting logical reasoning, such as solving quizzes and puzzles. Although they were useful then to solve uncertainties, today they can be quite helpful.

As problems became more prominent and more complicated, they became slower in solving them.

This is why many businesses started investing in new generations of computing infrastructure. Quantum computers are able to solve larger problems and in no time.

When we think of Artificial Intelligence, we instantly think of data and algorithms. That is because they are interchangeable and tightly connected to one another. While we use AI to improve our decision-making further, these systems are purely created based on the accuracy of creation. This is why it is essential to train machines by using unbiased and authentic data.

For instance, if the AI has been trained with based and unethical data, the decision-making will result in gendered, ethnic, racial, and communal biases. These biases will be even more prominent as many such systems will be fed with false data.

One of the most fundamental concepts of AI research has been Machine learning. We can define it as the study of algorithms and computer algorithms to improve the computer's efficiency by using experience.

Until now, humans were the ones that imputed data into the machines to learn, thus improving. This is also known as supervised learning. It includes numeral regression and classification. This is why it needs humans to label the data first.

We use classification to conclude what division something fits in.
We also use to see when it occurs when the program sees a large number of examples.

On the other hand, regression is the ability to create a relationship between the inputs and outputs to predict how the outcomes will change if the inputs do.

Artificial Intelligence is a tool whore role is increasing in the world. Although numerous studies have been conducted on it, it is still something we haven't fully explored. For most of us, it is an abstract subject. And, most utmost of the time, this term has only been a part of science fiction.

Its benefits and advantages are starting to be widely recognized. Ai is implemented in areas such as medicine, marketing, economics, politics, and so much more.

Just like any other technology, Artificial Intelligence comes with both pros and cons. AI has indications for privacy, data protection, and individuals' rights, which pose social and ethical challenges. These problems are further amplified by self-learning algorithms that gain control of communities and personalities.

A large number of people began expressing their fear and anxiety about the havoc these novel systems will bring.

The AI systems may be in terms of an increasing deluge of unemployment and disenchantments. Despite all that, the AI outbreak will produce an abundance of brand-new data science, machine learning, engineering, and IT job positions. It will improve and manage the operations and software that will be running those AI algorithms and enhance humankind's quality of life.